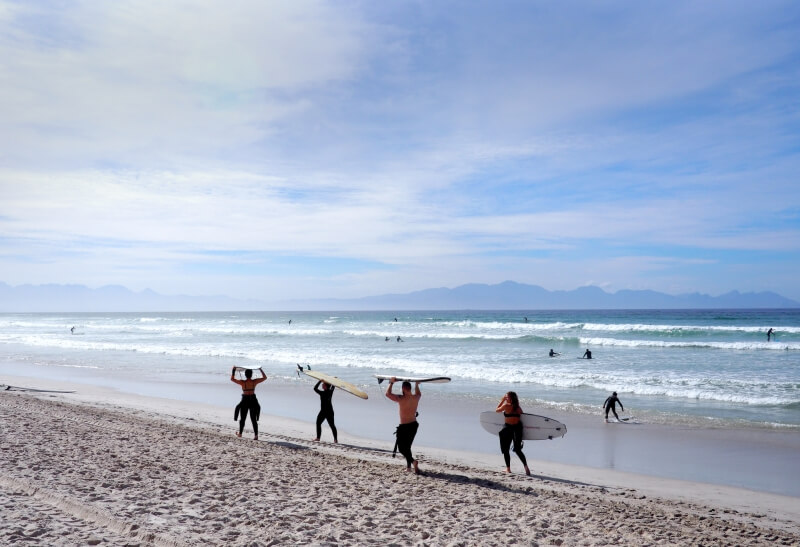 The SharkSafe BarrierTM (SSB) was conceptualized in 2012, by merging in one single technology two efficient shark deterrents: large ceramic magnets and the visual appearance of a thick forest of kelp.

Since 2012 the results of the tests conducted on sharks with the SSB were published scientific journal. Through all the experiments, what soon became clear is that sharks do not like to cross the SSB, not even when attracted through it with the smell of their fishes.

Despite the shark research results were positive, the route to commercialization was still long, and the power of the South African waters made the progress on the engineering tests painfully slow and expensive. Fortunately, the SSB proved to resist the notoriously strong waves of the South African coast and makes it well suited for being deployed behind surfers in similarly wavy environments.

This year we successfully completed the very first oversea installation in Reunion Island in January (in collaboration with CRA, Shark Risk Management Centre, Réunion), we cannot wait to stop shark-culling for good.

So, after seven years of work on this eco-friendly alternative to protect people from sharks (and vice versa), it is time to expand our team.

We realized that local governments are very reluctant to invest public funds on new technologies, no matter how tested they are, so we decided to make our mission everyone’s mission.

We realized that this is no longer a work that can be achieved by a handful of passionate scientists and conservationists, and it must become a global plea to stop the unjustifiable cull of marine life by shark nets and drumlines.

There are thousands of likely minded people in the world that realize the importance of saving sharks and all the other marine creatures currently being killed by drumlines and shark nets. Thousands of people asked for the removal of the nets and raised awareness in the past, but their efforts were time and again stopped by the official excuse of lack of alternatives.

This official excuse is no longer valid.

It is our hope that when enough people will stand with us and support the use of the SSB to protect surfers without harming the marine environment, we will get a step closer to really make this happen.