Magnet barriers could save sharks 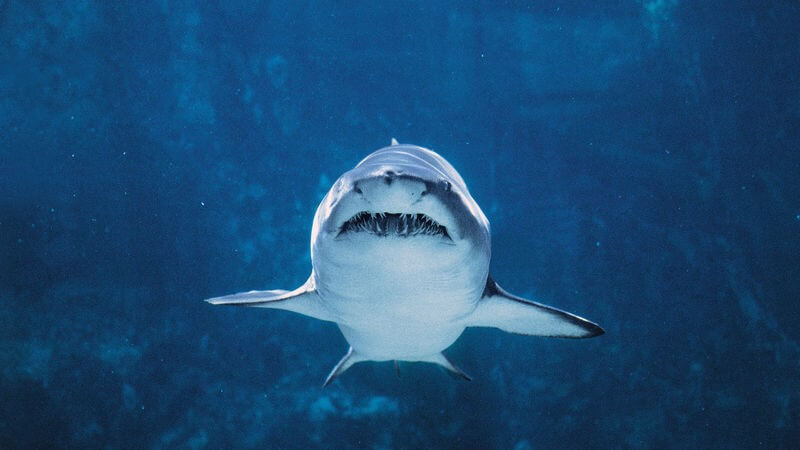 Every beat of your heart could attract a shark. It starts with an electrical impulse, which sets off a cascade of activity in the relatively small muscle that keeps you alive. That electric current goes hand in hand with a magnetic field and this changing field is how, even if you are not bleeding, a shark knows where to find you.

Scientists from the University of Stellenbosch are using this information to develop shark barriers that will protect swimmers from the marine predator and also save the sharks – as well as numbers of other marine creatures such as dolphins and sea turtles – from shark nets.

“Sharks play a critical role within the marine ecosystem,” said Craig O’Connell, a PhD candidate at the University of Massachusetts Dartmouth and a research fellow at Stellenbosch University.

“Beach nets are being utilised to maximise beachgoer safety; however, these nets are substantially and negatively affecting shark populations.”

The main threat to shark populations in South Africa and worldwide, however, is fishing.

O’Connell and a team of researchers are working on magnetic barriers called SharkSafe rather than nets to keep sharks away from beaches, and to protect local sharks and other marine animals.

Their technology is based on the fact that sharks actually have a sixth sense: the ability to perceive magnetic fields.

“Sharks use sensory organs, called the ampullae of Lorenzini, concentrated in their heads to detect electromagnetic radiation. [They] reportedly have the greatest electrical sensitivity of any animal.”

The ampullae, first described by scientist Stefano Lorenzini in 1678, are a network of tiny jelly-filled pores that allow sharks to perceive electromagnetic and temperature changes.

The SharkSafe barrier involves placing magnets in Perspex tubes, which are disguised as a kelp forest. “The point is to mimic a kelp forest so that it [appeals] to the shark’s visual system and magnetic electro-sensory system,” O’Connell said.

He was speaking from a boat in Gansbaai, where the team is beginning the next phase of development.

“For the past three years, we have been working on a larger-scale barrier at Dyer Island [about 8km off Gansbaai] … It has been very successful: more than 60 sharks interacted with the barrier, and not one crossed it.”

Professor Conrad Matthee, principal investigator of the evolutionary genomics group at Stellenbosch University, has been providing logistical support for the project and has been involved in it since its inception.

He said: “The next stage is an exclusion barrier, where [the sharks] can never come in … [Engineers] are looking at the durability of the system and the materials, and measuring the wear and tear.”

O’Connell and partners are now testing this exclusion zone on great white sharks. He had previously tested it with other sharks, such as tiger and Zambezi sharks.

“We deployed an exclusion zone, and put bait in the centre,” he said.

“Our thinking was that, if you can block a motivated shark, [the technology] is promising. Eleven bull sharks tried to get through the barrier, and they wouldn’t do it. We’re now in South Africa to test it on the next breed, the great white.”

He likens it to walking down the road: “If a car hoots, you’d jump a bit. If a train sounded next to you, you’d jump a mile. That’s what these stronger magnets are doing. It’s a stimulus the sharks are not used to.”

Asked whether he enjoyed the seminal shark movie Jaws, O’Connell said: “Jaws did a lot of bad things. Growing up, I used to love the movie, but it negatively affected perceptions. They are beautiful creatures that deserve to be protected.”

Predators or pussycats?
Despite the public’s widespread fear of sharks, the KwaZulu-Natal Sharks Board says shark attacks are rare events.

“Since 1990, only 26% of attacks have resulted in serious injury and only 15% were fatal. This equates to an average of one serious shark-inflicted injury every year and one shark-inflicted fatality every 1.2 years along some 2 000km of coastline from the Mozambique border to Table Bay,” it says.

Many scientists, including Craig O’Connell, do not believe that sharks hunt humans and that injury is more commonly accidental.

The United States’s National Ocean Service says: “Sharks have been known to attack humans when they are confused or curious. If a shark sees a human splashing in the water, it may try to investigate, leading to an accidental attack.” This is why shark attacks are split into provoked and unprovoked attacks.

But the KwaZulu-Natal Sharks Board data shows that sharks did not fare as well: every year between 2006 and 2010, about

470 sharks died in shark nets, as did a variety of other ocean species, including birds, whales and dolphins.

SA‘s coastline is protected
The Sharks Board has been experimenting with net alternatives to keep people safe, while protecting marine animals.

At the moment, South Africa’s coastline is protected from sharks by the use of nets and drum lines, which are floats with baited hooks attached to catch sharks.

“Most of the shark nets deployed by the [Sharks Board] are 214m long and 6m deep and are secured at each end by two 35kg anchors; all have a stretched mesh of 51cm,” it says.

Durban, for example, has 17 nets, each 305m long, which cover the area from the Umgeni River to the harbour entrance.

The Western Cape last year began trials on an “exclusion zone” at Fish Hoek beach, which involves cordoning off a swimming section for people.

The head of research at the Sharks Board, Geremy Cliff, says: “Shark nets have been around for decades. They were introduced at a time when people were … desperate [for a] solution to prevent shark attacks.

“Over time, people’s attitudes the environment have changed. It’s important to come up with a solution to keep man and shark apart without killing any animals at all.”